Steaming is an extremely simple cooking method based on the following principle: food is cooked by the heat from the vapour of a boiling liquid. 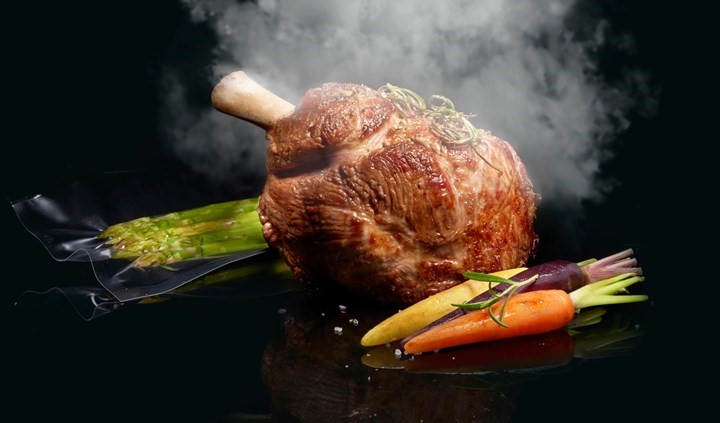 Steaming is a method used since ancient times. For this purpose, Chinese people used perforated baskets of bamboo placed on a bowl at the bottom of which they boil water. Similarly, in North Africa this technique is widely used for cooking couscous. In the West, the utensils used to cook food with steam are mostly made of metal. 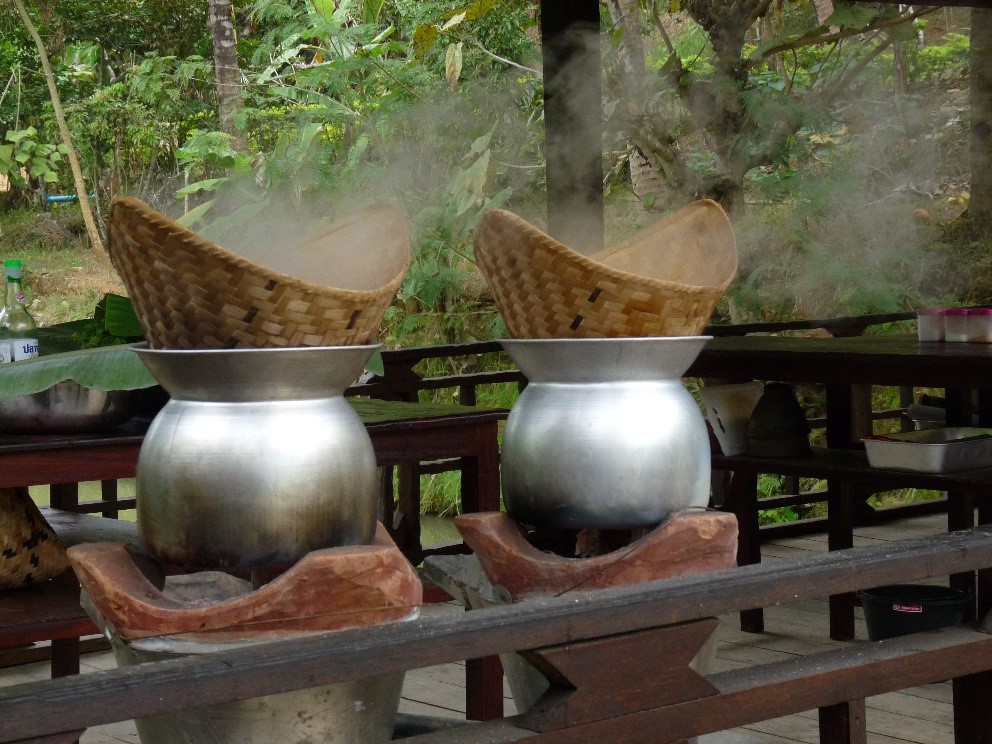 In recent years steam ovens have started catching the eye of home cooks, too, especially those keen to make healthy and convenient everyday recipes. When affordable steam ovens were released in the 1990s, they revolutionized the way that people cooked in their own homes. 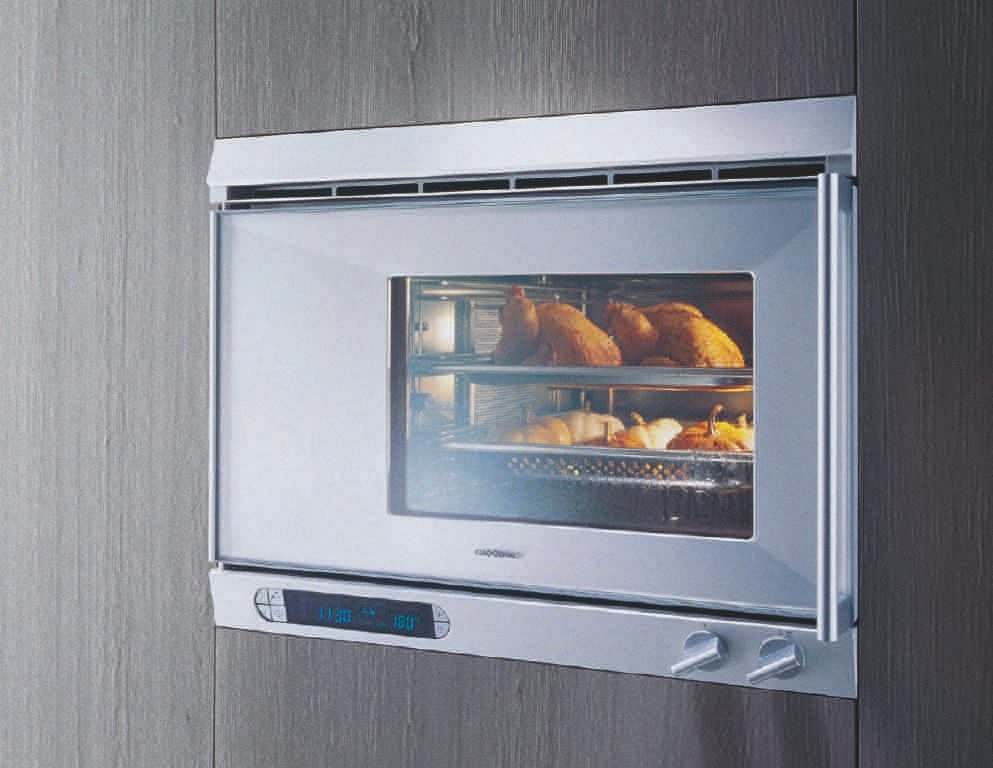 How does it work?

It's quite simple. Steam ovens contain a reservoir which holds water used in the cooking process. The oven heats up that water, turning it into steam. The steam rises and passes over the food, heating it up. This means moisture is kept at optimal levels, reducing the need for oils and seasoning. At the top of the oven there is a valve which gradually lets air out to release pressure which builds up as the water turns to steam. 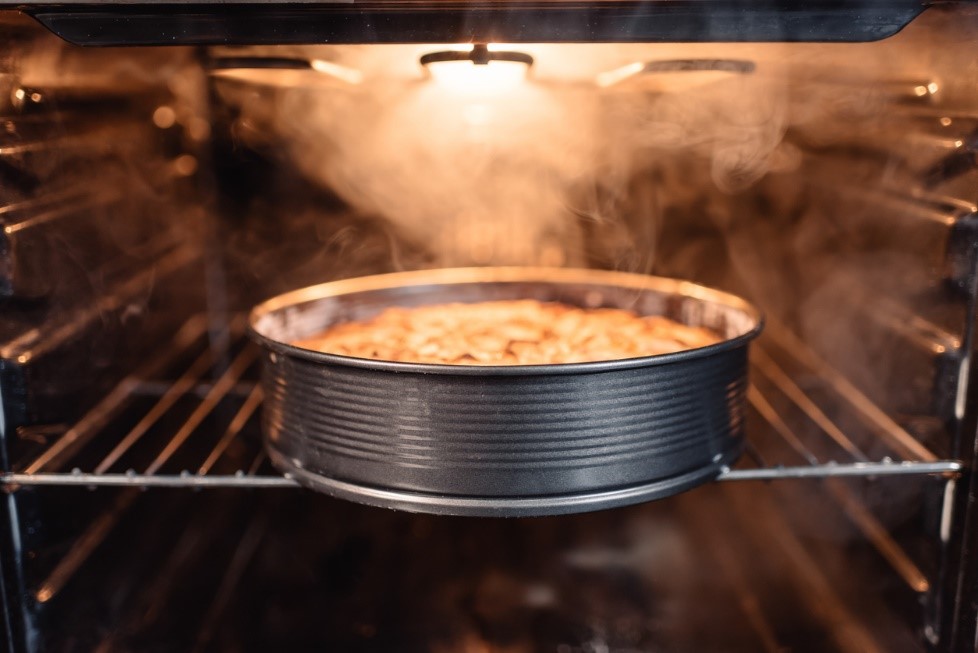 What are the benefits of using steam appliances?

Cooking with steam tends to be a healthier alternative than baking or frying in oil or fat. Steaming is a gentle cooking method that ensures the greatest possible preservation of vitamins, minerals and trace elements of food. 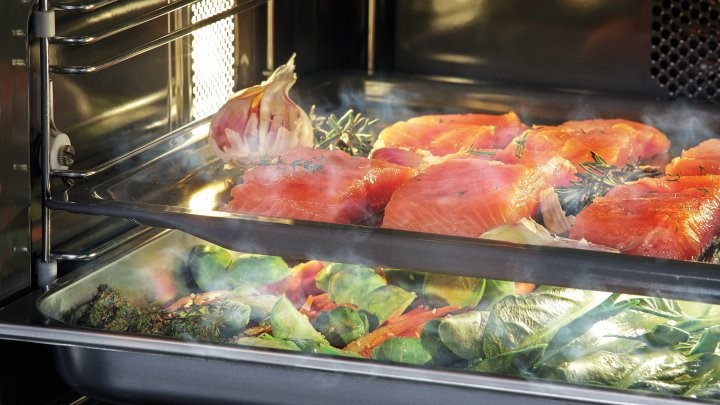 It's faster, significantly reducing cooking time, particularly when preparing large quantities. You can bake, brown, roast and grill food, as well as defrost and reheat leftovers. 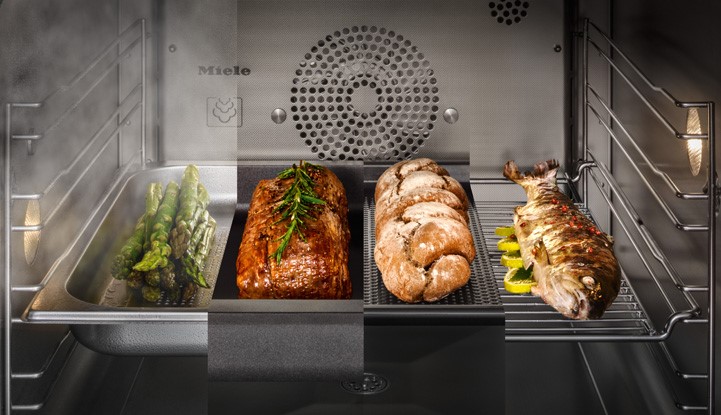 The humidity helps prevent the meal from drying out, so the final result is tastier. 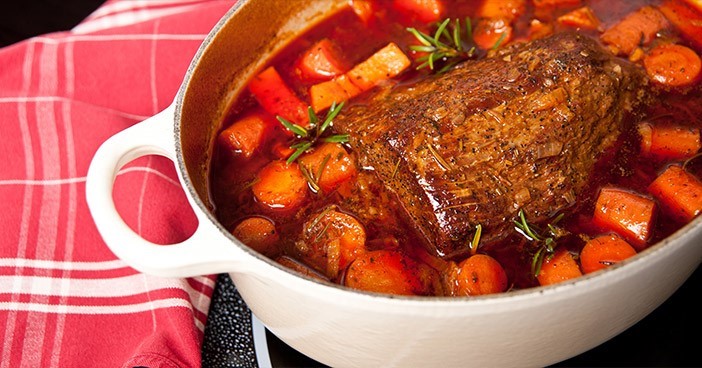 You can cook basically anything - from vegetables, meat, fish, rice, pasta, bread and dumplings to desserts such as puddings, soufflés and crème brulee. 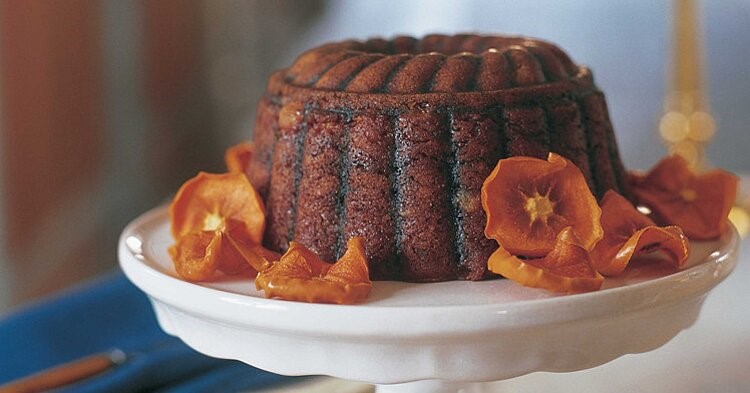 What are the appliance options for using this method of cooking?

As a general rule, there are three types of steam ovens. 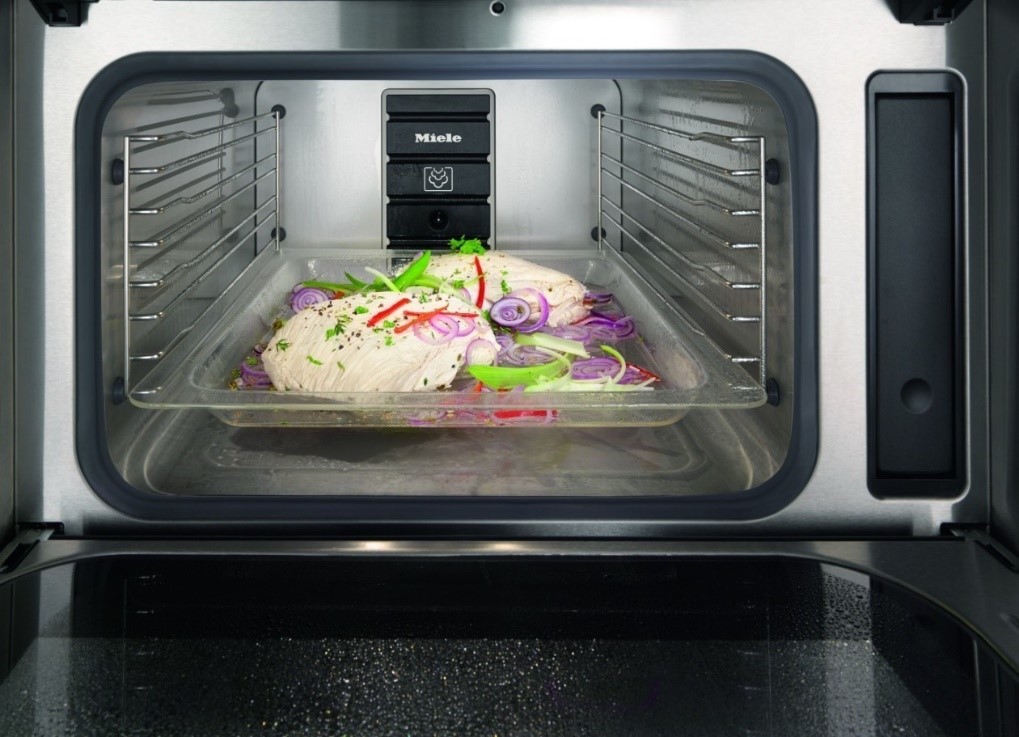 1. The first category is steam-only or pure steam ovens that only provide steam-cooking functionality, which are ideal for fish, vegetables, breads and desserts.
Youtube: 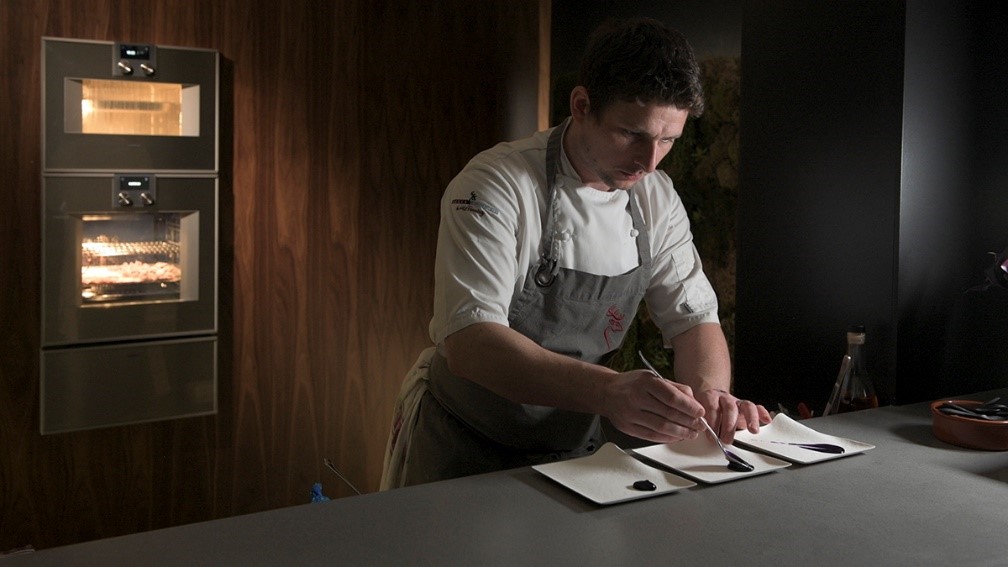 2. Secondly, combination steam ovens or combi-steam ovens offer dedicated steam or dedicated convection, or a combination of the two. Different dishes can be cooked at the same time as there are no flavour or aroma transfers. This option is ideal for those who like to steam regularly, while enabling crisp browning for roasting and baking. 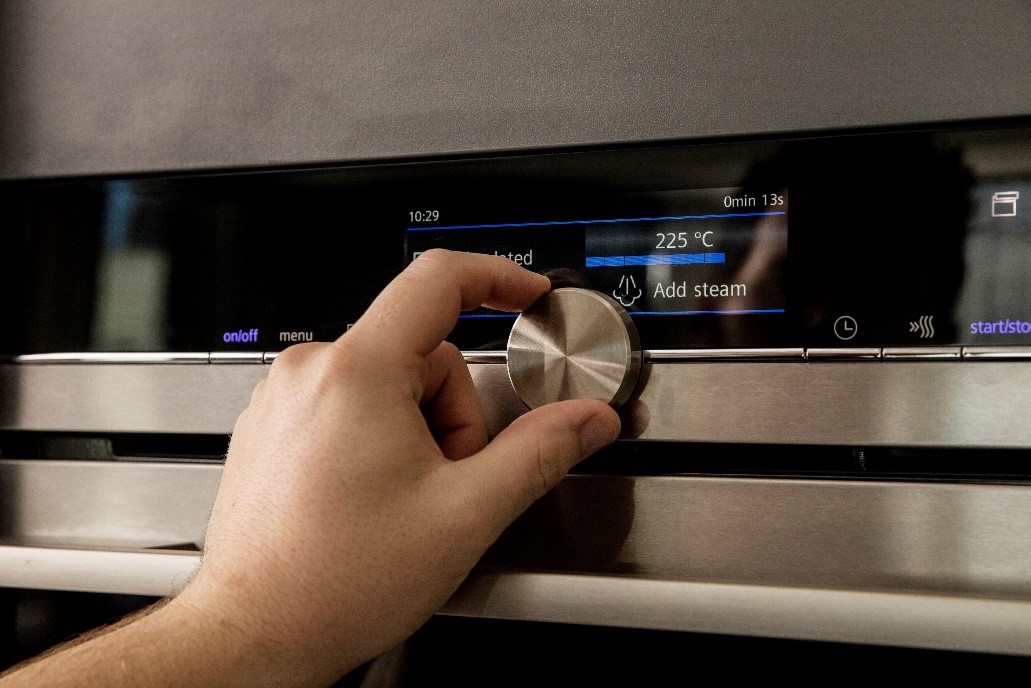 3. The third option is a standard oven with an added moisture function, steam assist or steam "puff", which injects steam into the oven at intervals during a regular fan-forced mode.
Speak to an expert today, we at Euro Appliances will gladly assist you in finding the perfect solution for your unique requirement.
Contact us for more information

Speak to an expert today.

We have showrooms based in Pretoria, Johannesburg and Cape Town, please feel free to visit our showrooms.
View our showrooms